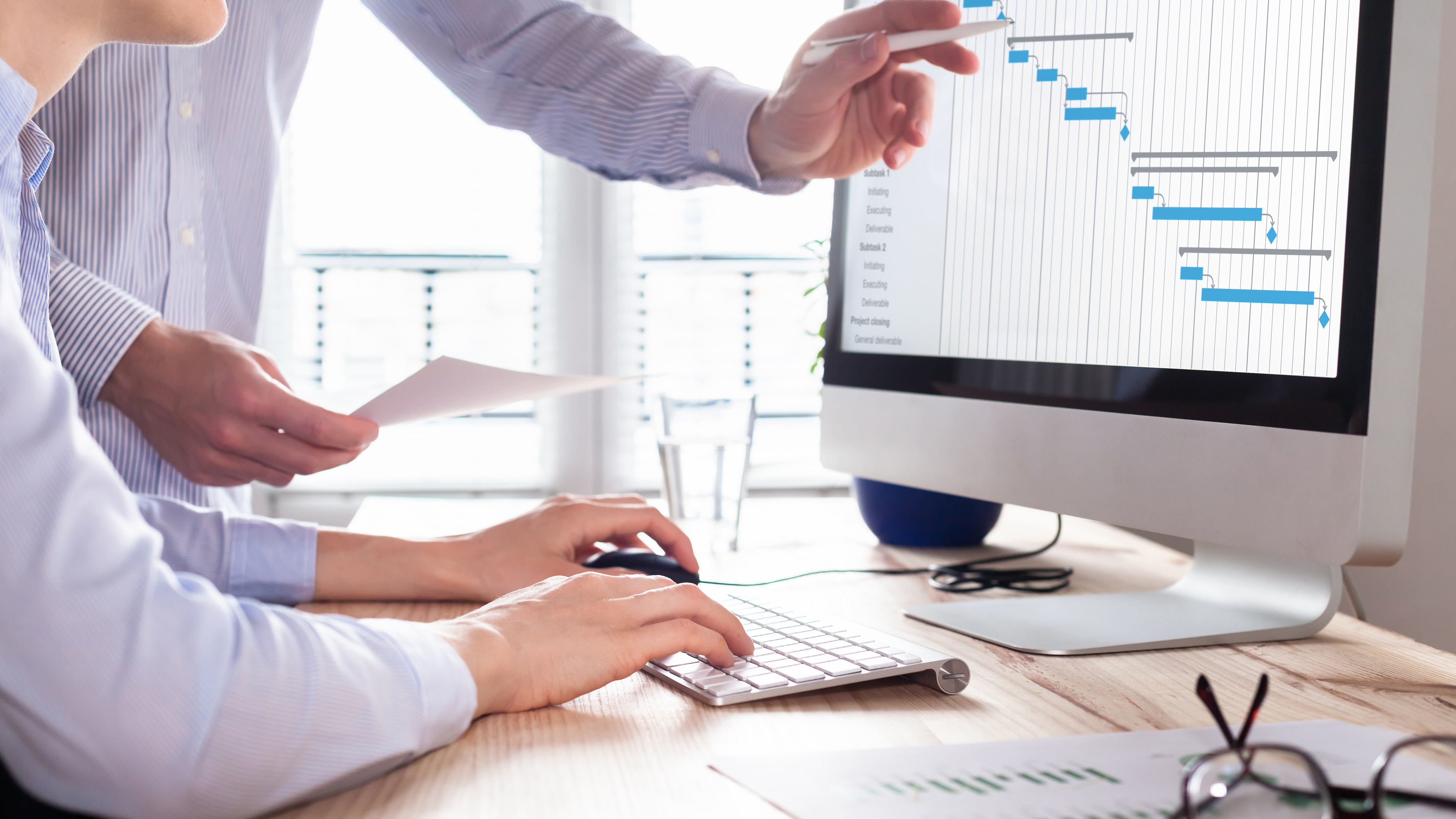 Don't Worry, Becca's on the CAIS 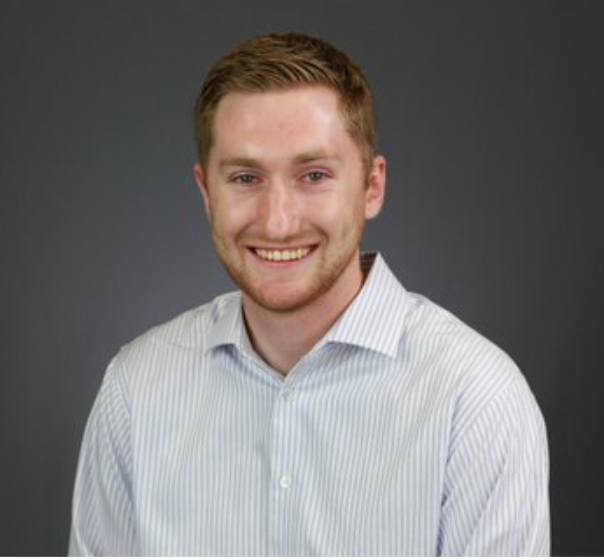 The Consolidated Audit Trail (CAT) is the most extensive market surveillance system in history. It tracks all financial activity across all customers and accounts from all participants in the U.S. financial markets.

It's being developed by the Financial Industry Regulatory Authority, better known as FINRA. And through their subsidiary, FINRA CAT, they selected Kingland to implement the CAT Customer and Account Information System (CAIS). The CAIS is responsible for ingesting, maintaining, and making accessible to regulators the information for an estimated 40 million customers and 250 million unique financial accounts.That's a lot of data, and unsurprisingly, CAT CAIS is a large project. It involves many stakeholders ranging from the Security and Exchange Commission, the US Stock Exchanges and other SROs, and over 1,800 broker-dealers. "It's been an important test of our software development processes and their ability to work at scale," explained Kingland SVP and leader of the CAIS project, Ron Jordan.

"The CAIS doesn't get delivered without Becca."

A large project requires a large, highly qualified team. That starts with Ron, who has more than 30 years of experience in the financial industry working with industry-leading organizations such as the Depository Trust and Clearing Corporation (DTCC) and the New York Stock Exchange (NYSE). His team includes some of Kingland's most experienced software architects and data scientists. Beyond the usual software engineering involvement, the security standards of the CAT require heavy interaction with other internal functions such as the Security Office, Legal and Compliance teams, and Corporate IT, as well as external interactions with FINRA CAT, the broker-dealers, and the Regulators.

When asked how he manages all these contingencies and complexities, Ron was quick to correct me, "It's Becca. The CAIS doesn't get delivered without Becca." 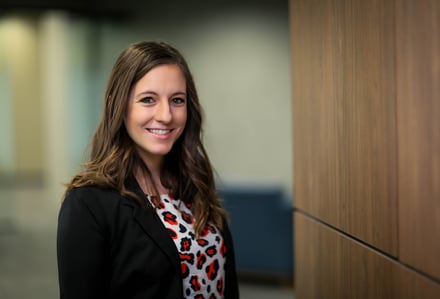 Becca Klein is the Project Manager (PM) assigned to the CAIS project. She graduated from Iowa State University in 2016 and claims her first foray into project management occurred while working through her class schedule as an undergraduate.

"I wanted to graduate with two majors and an additional minor within four years," Becca shared. "I enjoyed managing my schedule and finding classes that could meet multiple requirements in order to reduce the number of classes I was required to take."

Becca continued by explaining how this related to project management.

Her scope was a double major with an additional minor, her schedule was four years to complete schooling, and her budget was the planned tuition expenses over those four years. "I had scope, schedule, and budget. I didn't acknowledge it at the time, but I was doing full-fledged project management."

She started her professional career as the PM on low-risk, internal projects, where she developed her project management skills. With practice, she grew into an expert in Kingland's software development processes, known as the Kingland Way. She became a Project Management Professional certified by the Project Management Institution. Eventually, she took on larger, more high-risk projects and projects with strict deadlines.

"It's building off your own confidence. The project management concept is the same for each project, but it's about adjusting to each solution's unique project constraints," Becca added.

When internal discussions started around the CAIS in late 2019, Becca knew she wanted to be a part of it. Becca explained that she wanted an opportunity to work on a new solution without past development work or restrictions. She was most excited to build a project from its foundation. "I was excited to take a project from its inception. The accountability and creative problem solving were very appealing to me," Becca revealed.

As the project manager, Becca ensures the CAIS team delivers the correct scope, on time, and within budget.

Becca explained that the CAIS 1.0 release required multiple release plans - that's a separate scope, schedule, and budget for each plan. "We had five parallel release plans."

Becca managed the project plans for Software Engineering, Security, ITO [Corporate IT], Operations, and Compliance. These plans had cross-plan dependencies. Compliance would need to evaluate a security standard before Security could work on implementation, for example. When I asked how she managed to balance multiple release plans, Becca told me, "As a project manager, you have to have multiple tabs open in your brain. It is vital to be aware of each project's status and priorities to appropriately invest your limited time.

Becca explained that there were external dependencies as well, "We had dependencies with FINRA CAT on various things like integration testing [between the CAIS and the Transaction database] as well as dependencies involving industry feedback."

"CAT CAIS is a different monster," Becca continued, "where sometimes you need to think outside of the box. It's fun to solve those problems."

When COVID-19 shut down the country in March, the challenges of delivering the CAIS magnified.

"Our shift to work-from-home was relatively seamless," explained Becca, "but it did present its own challenges." One challenge was mentoring and coaching team members over video calls. "As the PM, you're the coach of the team, and you push the team to achieve its goals. It can be challenging to have these conversations virtually," Becca continued. 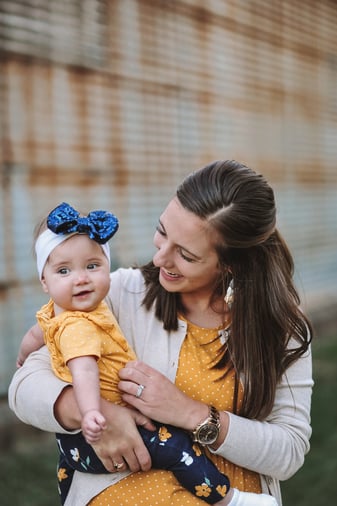 COVID-19 impacted Becca's work-life balance, as well. "It's been tricky," Becca shared, "when we shifted to work-from-home, [my 18-month-old daughter] Nora didn't have daycare for eight weeks. I had to develop a system."

Becca would wake up early and work until Nora awoke for the day. She would then get Nora ready for the day, and she worked while Nora played. She scheduled meetings around Nora's nap times and would make up for any disruptions after Nora went to bed in the evening.

"It's rewarding that I can be a good parent and grow my career and that the two aren't mutually exclusive."

While Becca has successfully managed the CAIS project through nine months of work-from-home, she is ready to return to face-to-face meetings. "The toughest part was being unable to celebrate our first production release in person. Such a huge milestone would usually involve dinner and drinks and team camaraderie," Becca explained. "But now we'll have even more reason to celebrate our next milestone."

Becca will continue to successfully manage the scope, schedule, and budget of the world's largest customer and account database. And while that'll keep Becca busy, all Kingland project managers are highly trained and certified in delivering state-of-the-art software. They are ready to help you achieve your 2021 data initiatives.

As for the implementation of the remainder of the Consolidated Audit Trail? There's no need to fret - Becca's on the CAIS.

Previous Story
← How the Grinch Almost Stole My Retail Experience
Next Story
Focusing on Client Value in 2021 through People, Process, and the Platform →

These Stories on Kingland Culture

3 Simple Words – A Gift from My Mom

Focusing on Client Value in 2021 through People, Process, and the Platform